This early twentieth-century property, located on Queen Street, features three separate shops units. Prior to the grant, the property comprised of two unappealing units, dominated by modern alterations which had been installed during the second half of the Twentieth century. Some historic features were still present, particularly at No. 50. The shop window details in this unit, dating to the 1930’s, were used as a reference for the frontages which were reinstated along the remainder of the row. Some repairs were also made to the surviving historic building fabric, including the cast concrete pilasters. The new shop fronts were in hardwood timber, featuring recessed entrances with ramps, and glazed brick stall risers. Following their completion, the units remained in retail use. 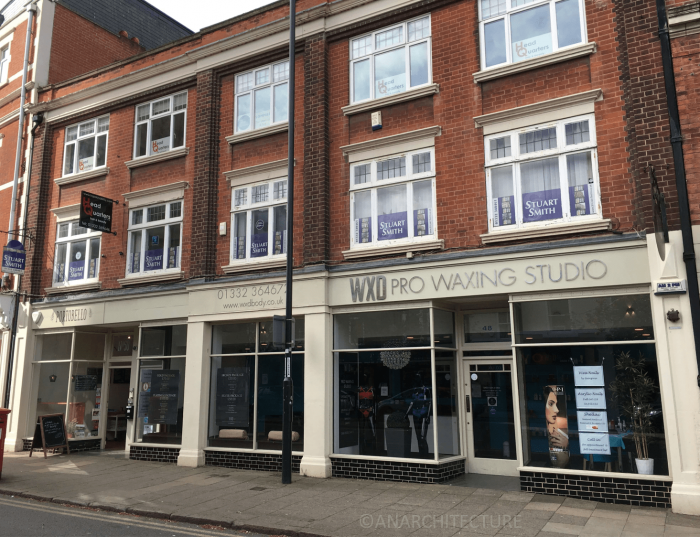 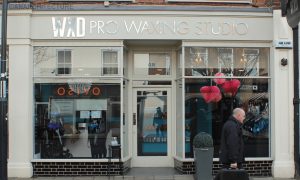 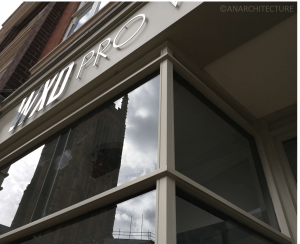 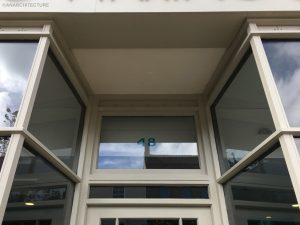 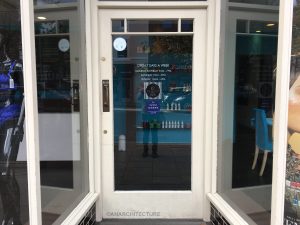 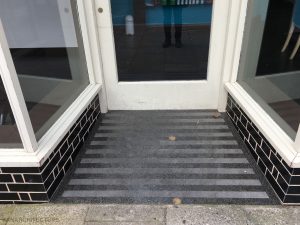 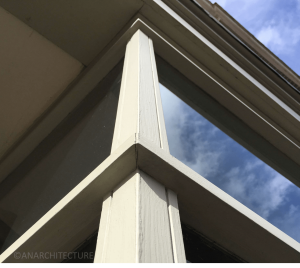 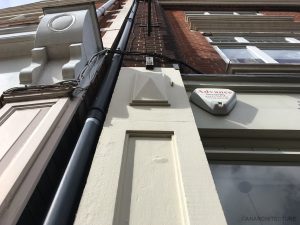 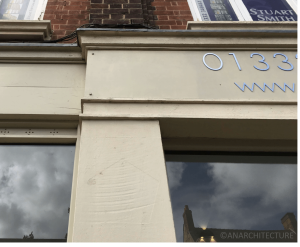 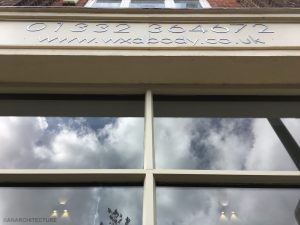 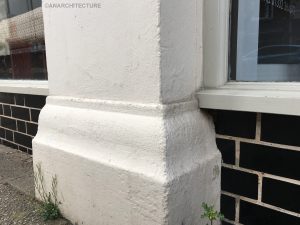 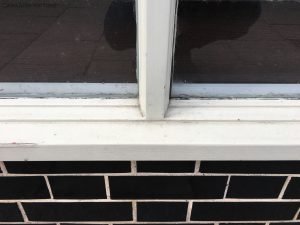 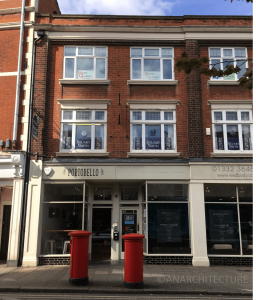 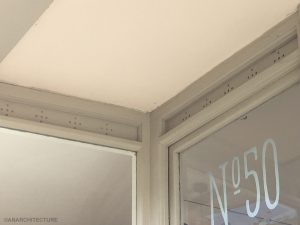