This parade of Grade II listed shops is at the centre of an attractive row of historic properties, located in Wardwick in the centre of Derby. Numbers 49-55 occupy a mid eighteenth-century building, which was converted to commercial use in the nineteenth century. Number 57, despite being of a later date (1890s), unlisted and in a completely different architectural style – was connected to its earlier neighbour through the surviving details of their historic shop fronts.

Through the PSiCA scheme, the unattractive, modern features of each property were removed. The surviving  details of the late-Victorian/Edwardian era shop fronts were used to inform the design of the whole row. A continued mixture of commercial businesses continued to occupy the premises after the completion of the works. 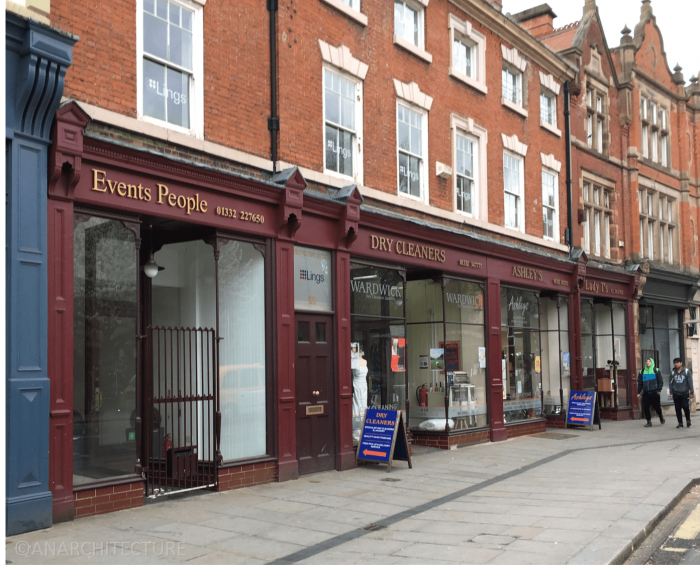 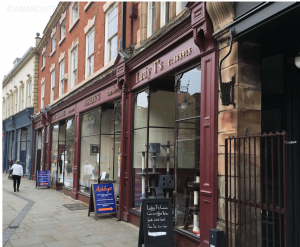 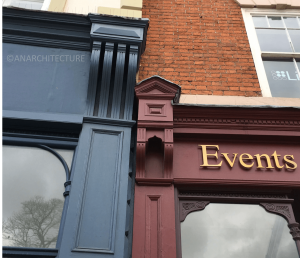 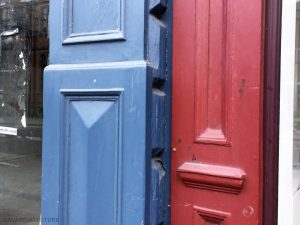 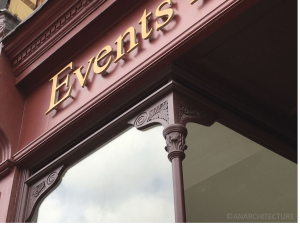 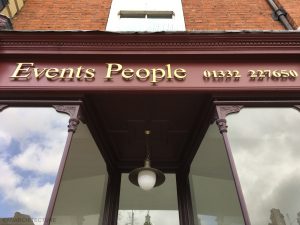 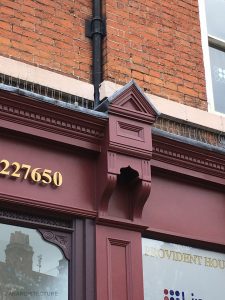 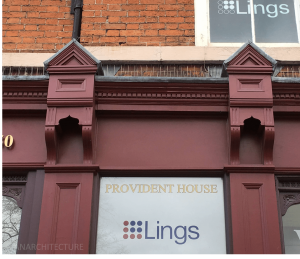 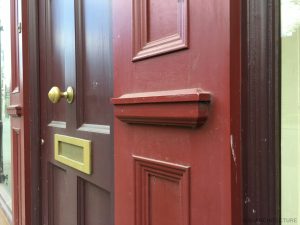 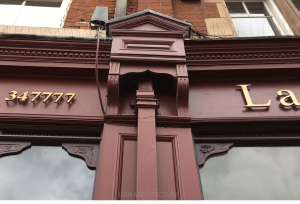 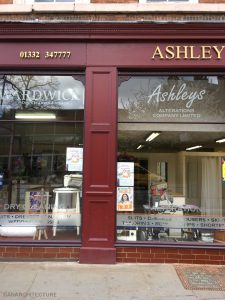 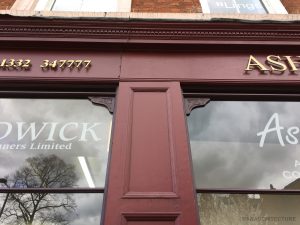 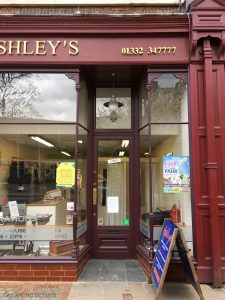 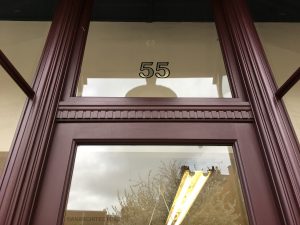 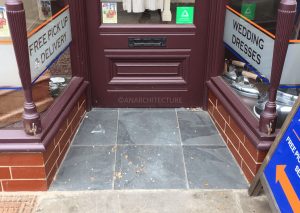 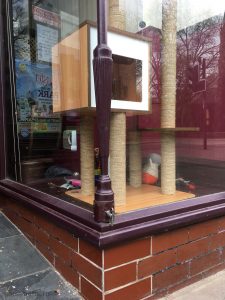 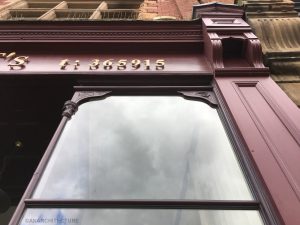