The Royal Building is a Grade II-listed landmark property, located at the corner of Cornmarket and Victoria Street. It was designed between 1837-9 by Robert Wallace, to be constructed after the culverting of Markeaton Brook, which previously flowed along the route of Victoria Street. The building was functioned as a hotel, known as the Royal Hotel, until 1951. It was also the meeting place of the Athenaeum Club, which occupied much of the Victoria Street elevation, and as a post office.

The building, required a multitude of repairs at the time of the grant, and had been subject to numerous inappropriate modern alterations. The repair schedule include works to the timber windows in the upper floors and the restoration of the building fabric, including stonework. The works also included the reinstatement of some of the 1930s-style timber shop fronts to replace the inappropriate modern frontages that had been installed in their place. The property was vacant prior to the works being undertaken, but is now occupied by a national restaurant chain at first floor level. A number of additional shop front reinstatements have been undertaken along the Victoria Street elevation as part of the Townscape Heritage scheme. 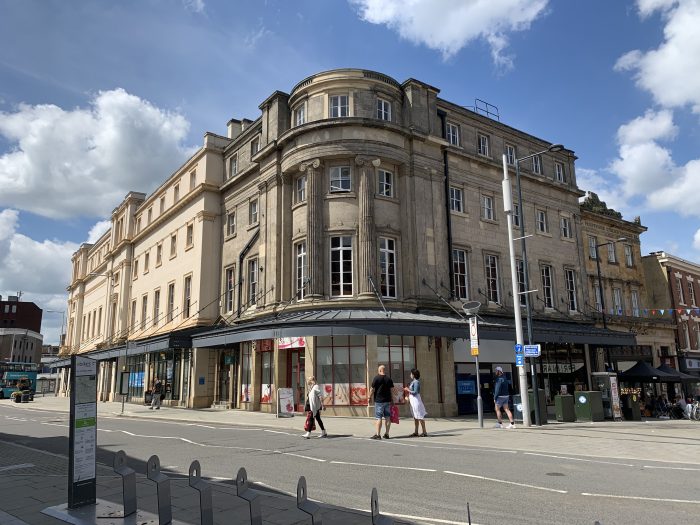 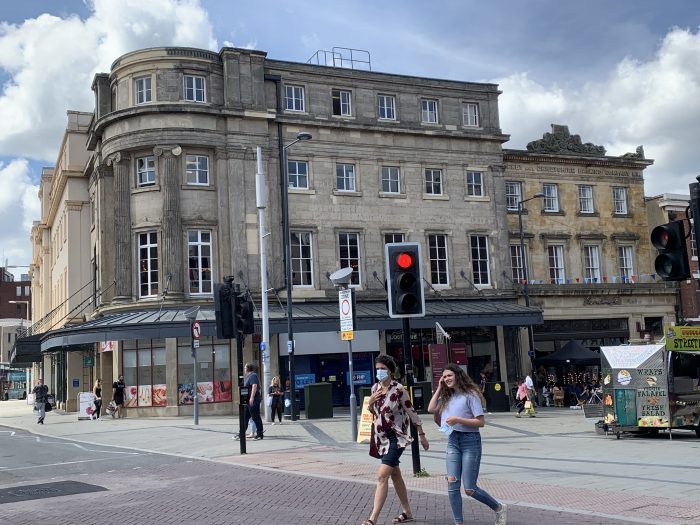