This small parade of shops is located within the Strand Arcade, which connects The Strand to Sadler Gate. The Arcade was constructed between 1874 and 1878 by Sir Abraham Woodiwiss, and designed by John S Story. It was the first arcade to be built in Derby. The arcade itself is not listed, however the entrance in the Strand is Grade II, as part of the wider street group.

The roof of the arcade had recently been repaired in 2006 during the Townscape Heritage Initiative, however a number of the retail units had been altered during modern times and suffered from years of neglect, resulting in missing stone pilasters and capitals. Using surviving historic details from nearby units as a reference and details which were uncovered beneath later alterations, new shop fronts and a lost pilaster were reinstated to return the units to their previous grandeur. Although the units had been vacant prior to the works, they were soon occupied by a mix of new retailers. 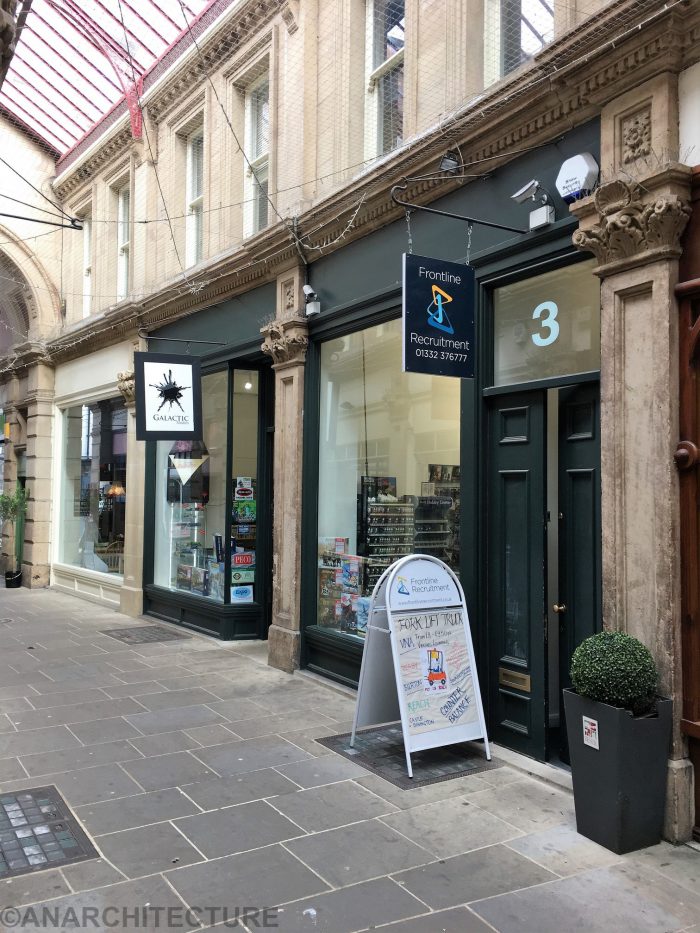 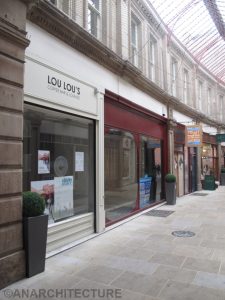 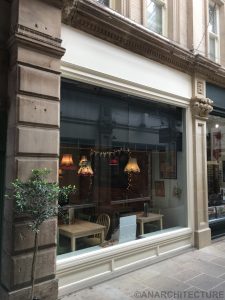 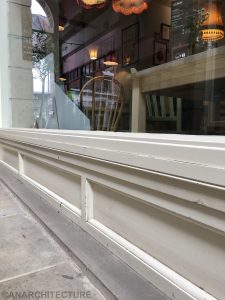 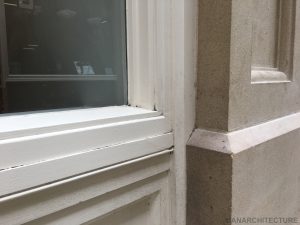 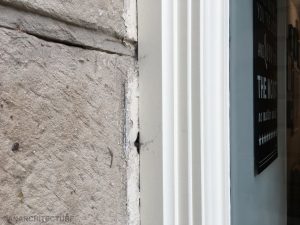 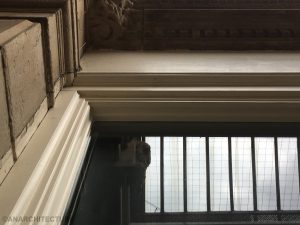 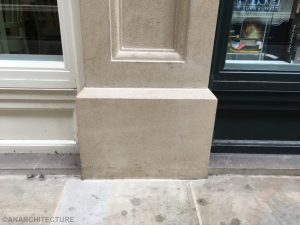 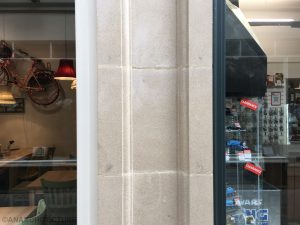 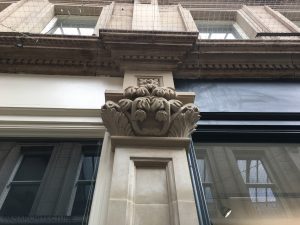 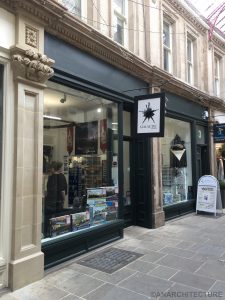 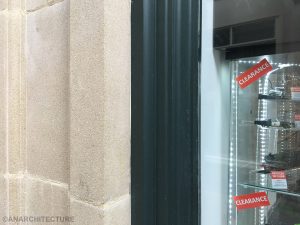 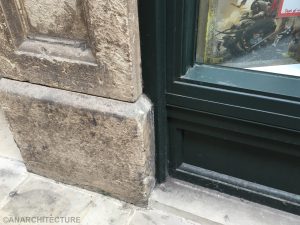 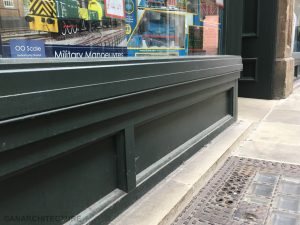 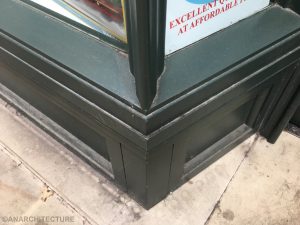 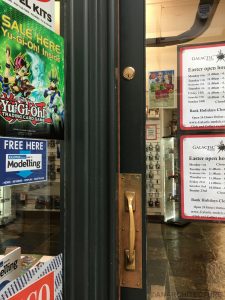 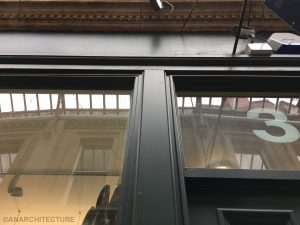 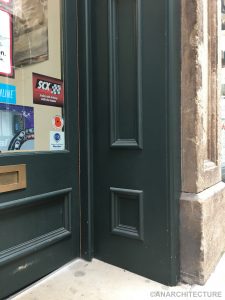